For other types of electric tricycles, please click here! 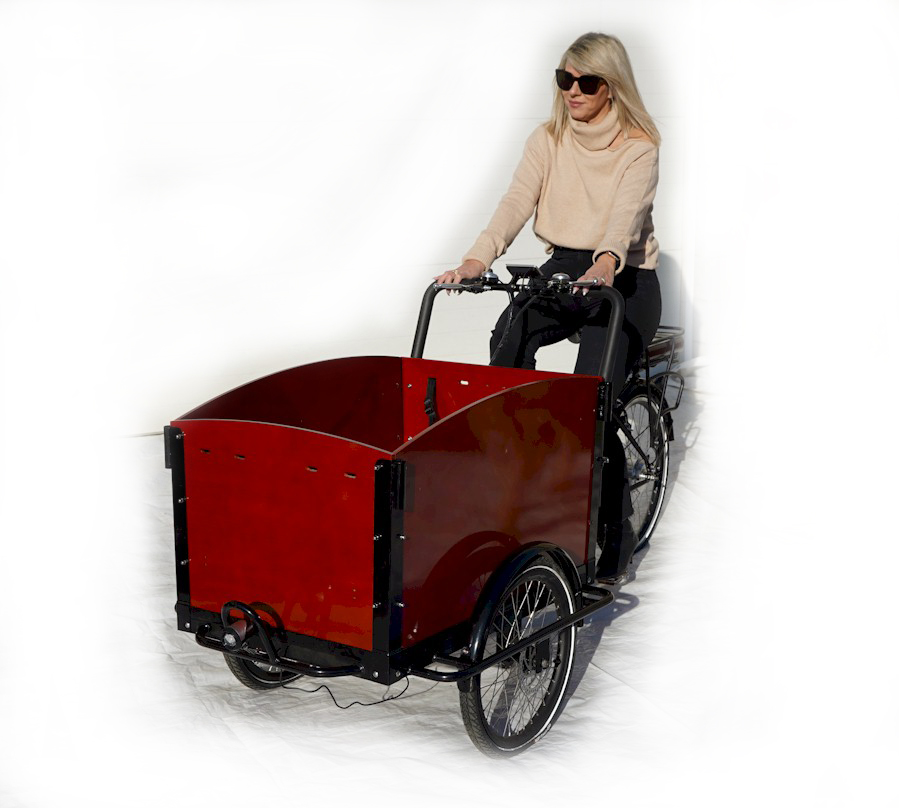 Scroll down for details. 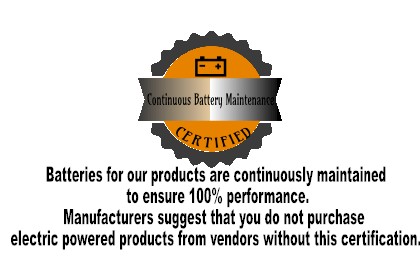 Your electric cargo tricycle can come with either the brown or maroon color basket, depending on availability. 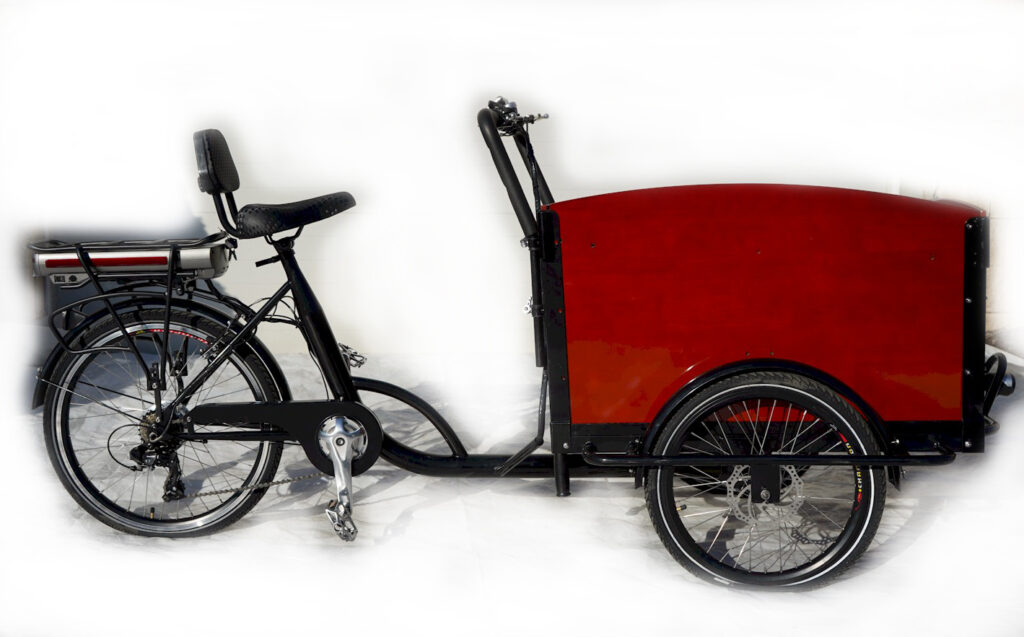 A cargo bike is a bike designed to carry more cargo than just the rider in the front or back of the bike. Thanks to the extra cargo space, a cargo bike can allow you to transport multiple kids, pets, adults, and, well, cargo all at the same time.

Cargo bikes usually accommodate a larger age range for their passengers, allowing you to transport babies, kids, and adults, therefore extending the life of your bike longer than a bike trailer or baby seat.

Cargo bikes are perfect for families. They allow for multiple kids to ride together with an adult and engage with the world around them at the same time. You can have a conversation with your kids, play music, eat snacks, and keep an eye on what is going on in a way you cannot while driving. The kids are also next to each other and can engage with each other differently than they can while confined to their car seats.

The bike is great for families who are trying to reduce their carbon footprint too! We’ve hauled kids, adults, groceries, backpacks, and a dog in our cargo bike.

With an electric-assist on your bike, you can peddle uphill no matter the cargo weight. The electric-assist adds power to your pedals, allowing you to go farther for longer and faster, which might result in you using the bike more. It gives an extra push at stoplights when you need to move quickly to keep up with the flow of traffic.

No License, No Registration required! 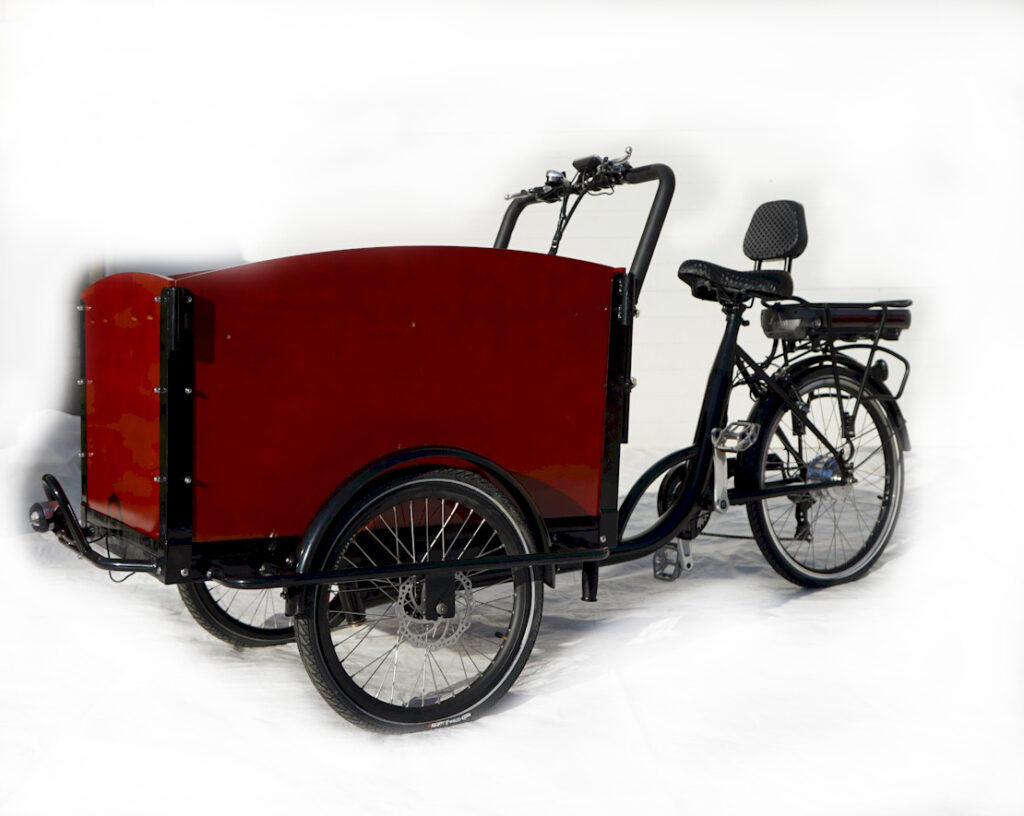 Your electric cargo, dutch-style bike comes with the following features:

– hand brakes with the parking brake, bell and controls on the left side of the handlebars 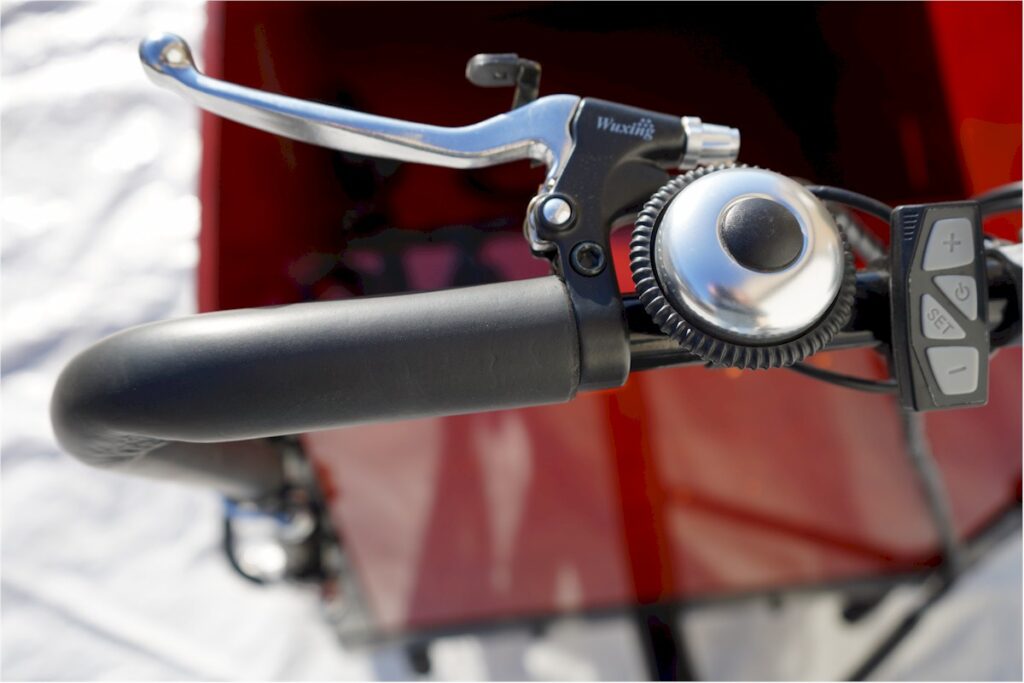 – hand brakes with the parking brake, shifter, LCD display, throttle and control buttons on the right side of the handlebars 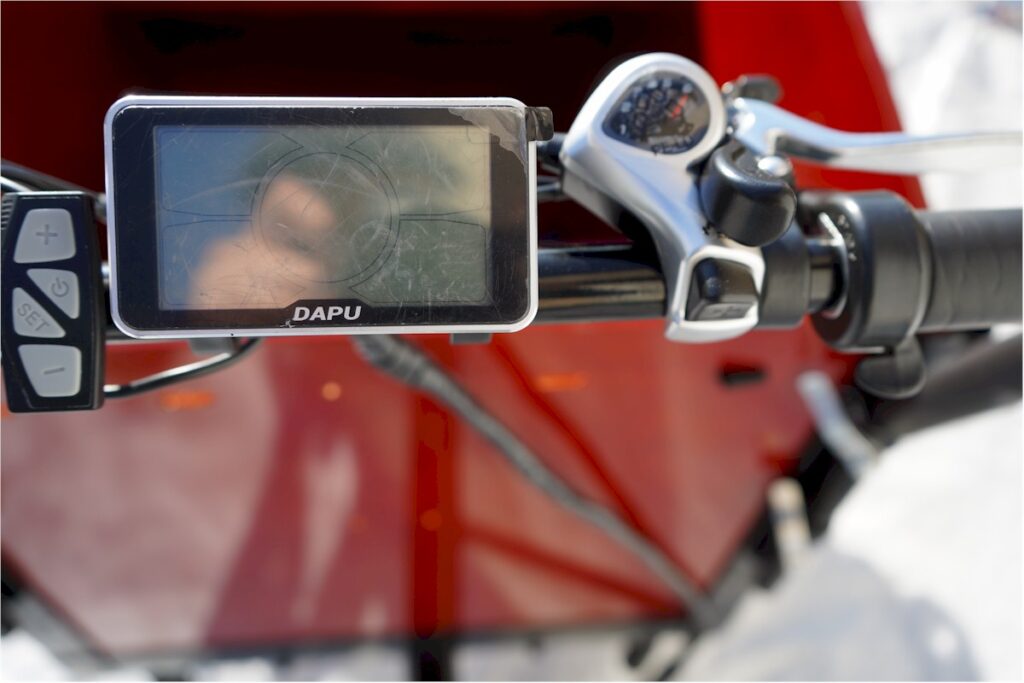 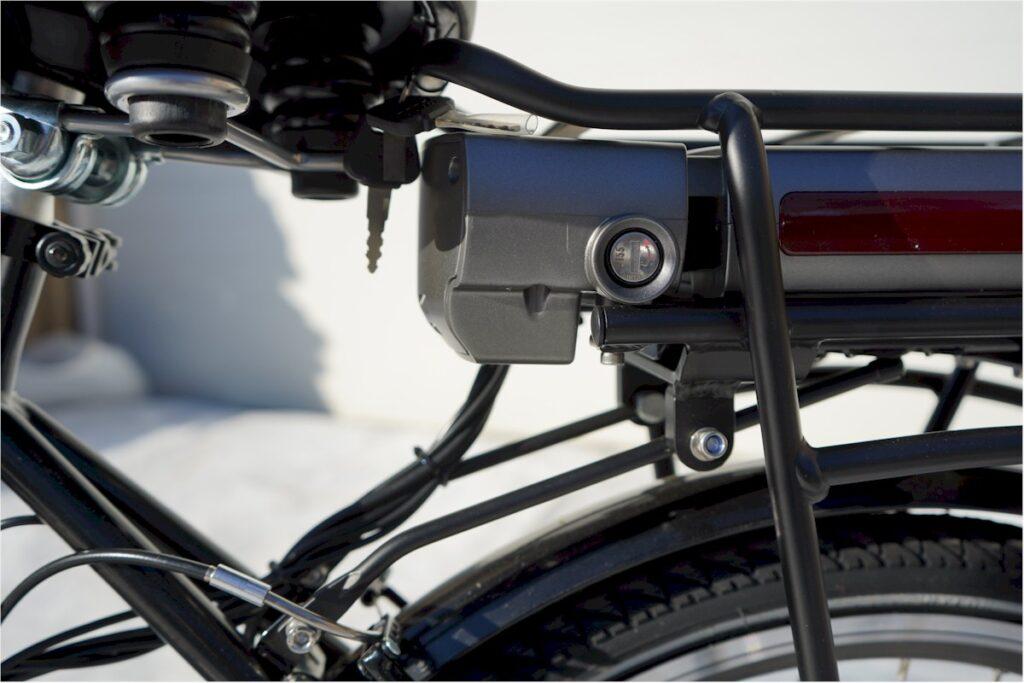 – disc brakes on the front wheels 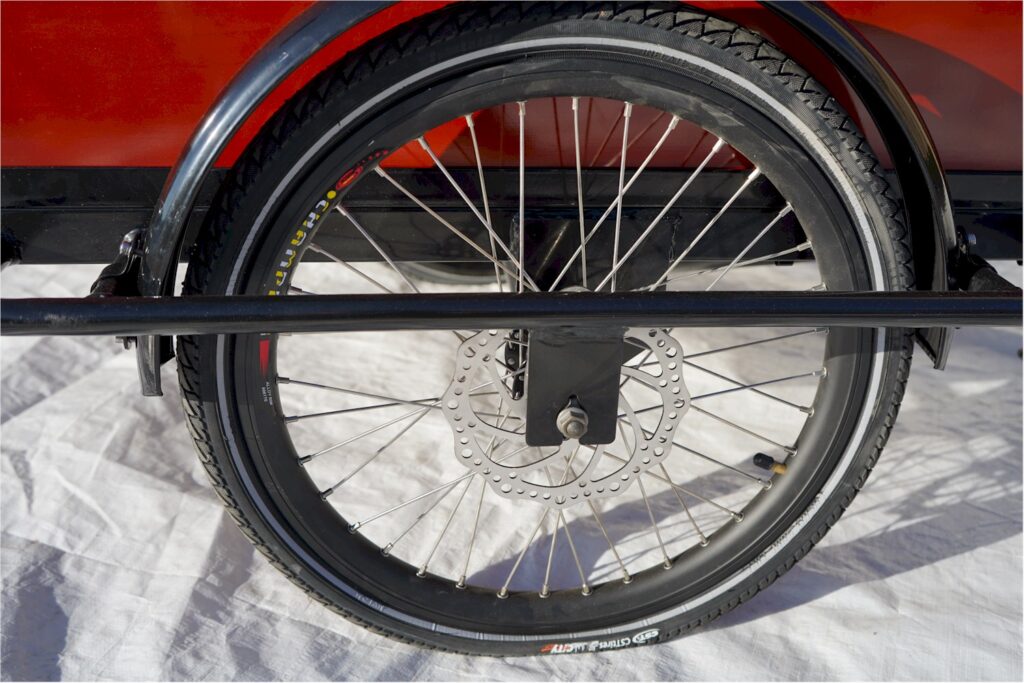 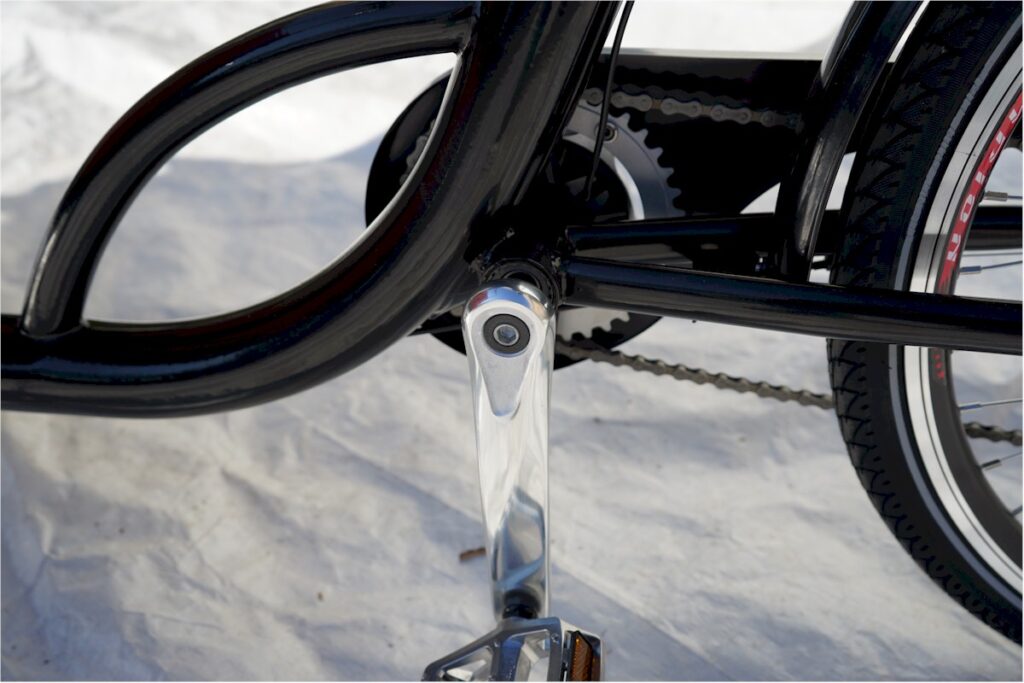 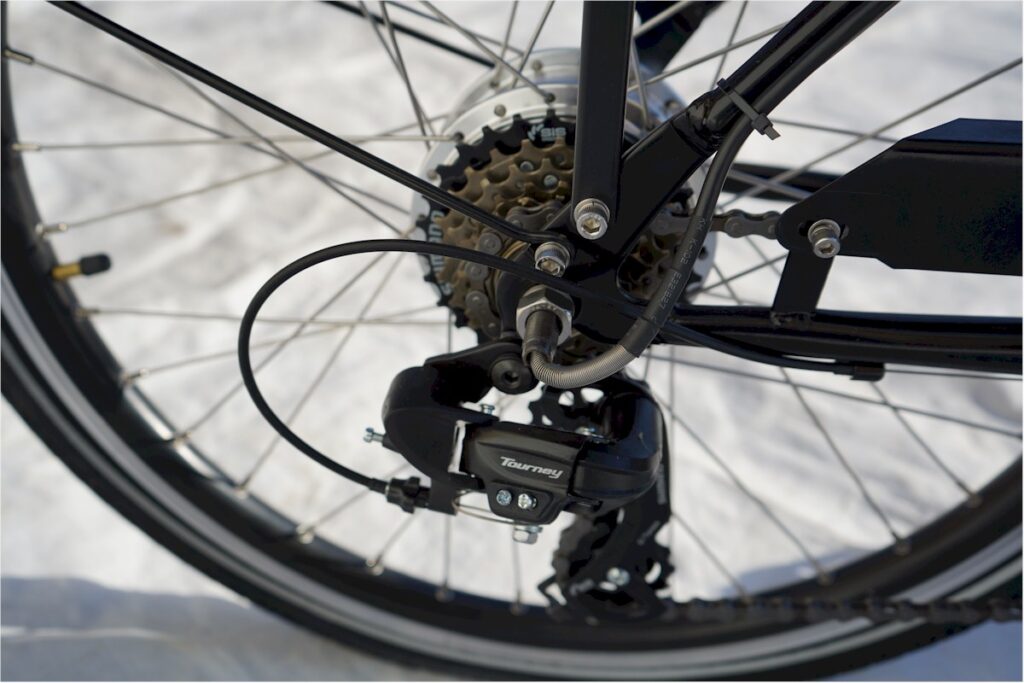 – spacious cargo space with the removable seat and seat belts 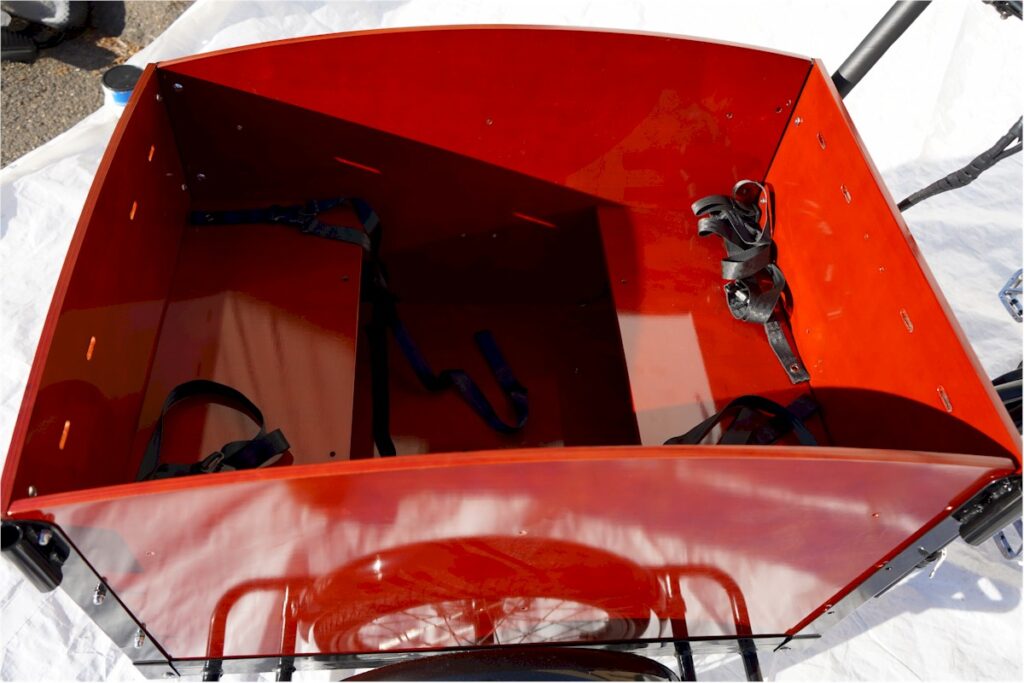 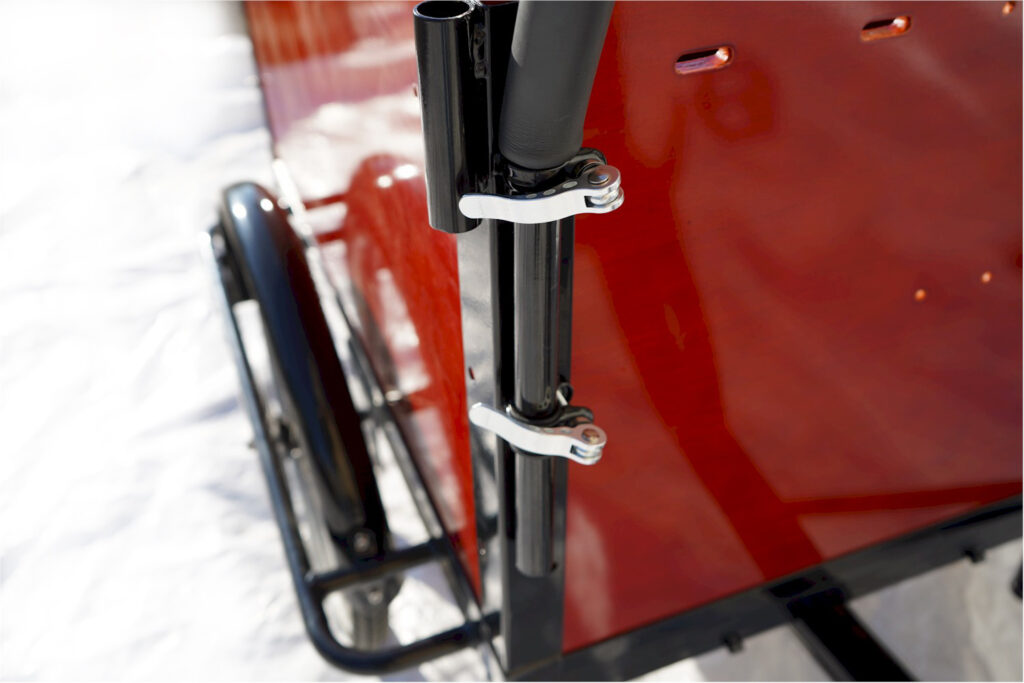 – rear light wheels with the parking brake and reflectors 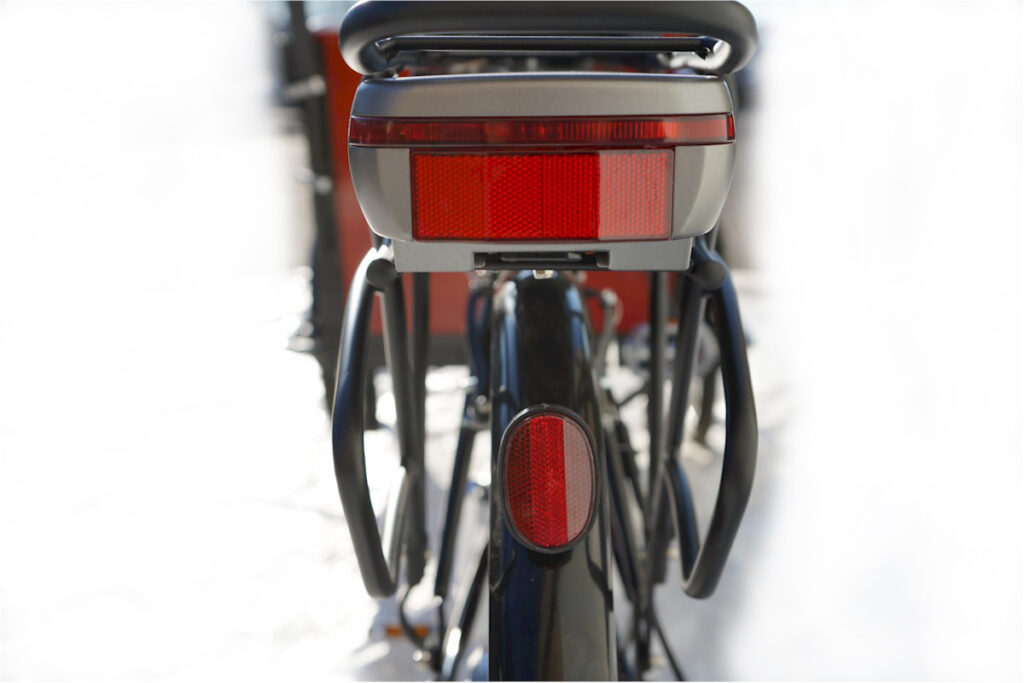 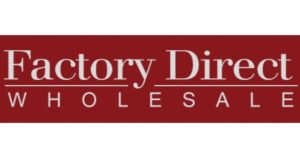 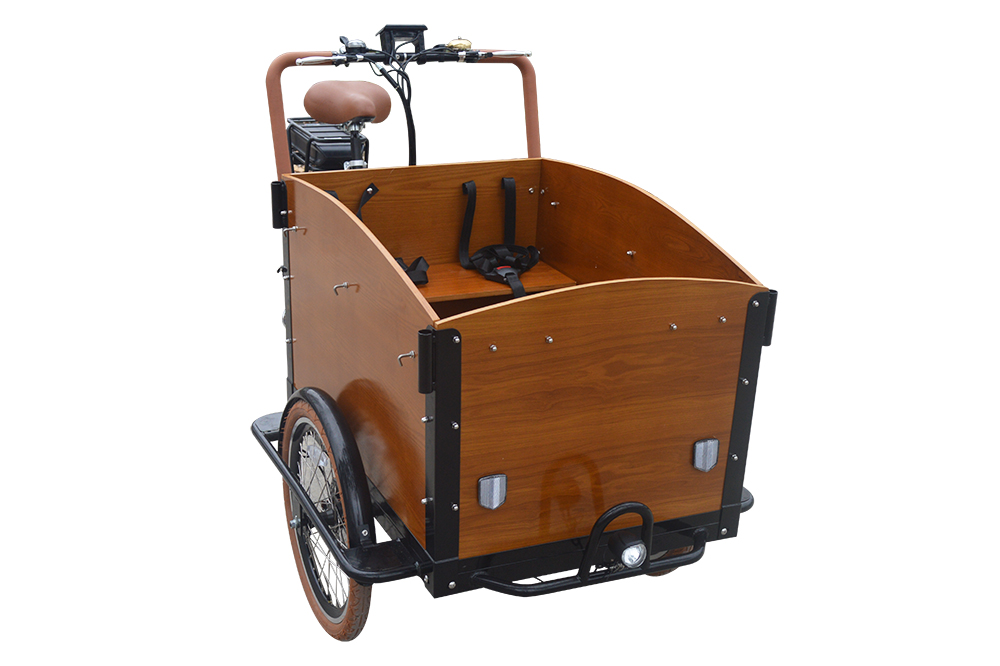 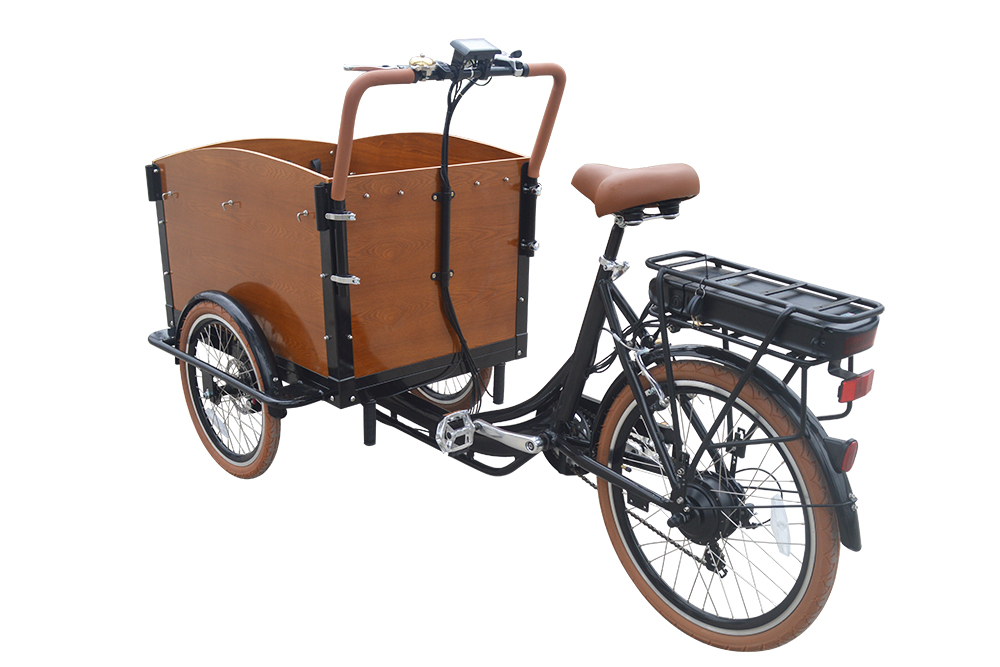 Why should you purchase from us?

Warranty: it gives you the peace of mind that your tricycle comes with the one year warranty.

Order Yours Now for

Only $2,799.00 and receive the Promotional Free Shipping Today at our factory price!

(IT DOES NOT ADD EXTRA SPEED OR DISTANCE BUT IT GIVES YOU EXTRA POWER WHICH IS VERY USEFUL WHEN CARRYING SOMETHING OR GOING UPHILL. IT CANNOT BE ADDED AFTER THE PRODUCT HAS LEFT OUR FACTORY)

In the Netherlands, it’s hard not to be impressed, or even overwhelmed, by the sheer number of bicycles in all forms, colors, and sizes. People here see cycling as a normal mode of transportation, not just a weekend leisure activity. The Dutch use their bikes to carry groceries, electronics, and sometimes even furniture. It’s not uncommon to see a parent biking with one child up front, another one in the back, and a third one cycling on his or her own, the parent’s hand on the back for guidance.

But for the Dutch, the bicycle is more than just a mode of transportation; it is also a status symbol. And nowhere is this more visible than in the case of the bakfiets—Dutch for “cargo bike” (literally, “box bike”).  This mode of transport has become particularly popular among highly educated, urban, two-income families.

It hasn’t always been this way. Before cars and cargo trucks were easily available, cargo bikes carried people and their goods, such as milk, potatoes, and meat. Painters, construction workers, and cleaners used them for work. During that time, the bakfiets was associated with poverty because they were cheaper than cars. But now, cargo bikes are seen as a sign of upward socioeconomic aspiration in Dutch cities—along with the gentrification that accompanies it.

The resurrection: the true Cargo Bike
And this is now actually happening. While the nostalgic transport bike is still the source of inspiration for one after another fashionable bike, and while the handy models do the children and the groceries, a new species is evolving rapidly: the true cargo bike that cannot be simply translated into bakfiets anymore; it should rather be vrachtfiets (freight bike). The cargo bike stands out from its predecessors like the giant gorilla does from the other primates. Again someone had a brilliant idea with the Long John: Put the rider in the mountainbike position, make the bike lighter, tougher and faster, and voila, the Bullitt was born. Many couriers fell in love with the design. The Bullitt marks the beginning of the revolution, taking place in pedal-powered logistics.

There is a vibrant European community of passionate designers and enthusiastic producers who inspire each other during the annual International urban logistics conference and cargo bike festival in cargo bike capital Nijmegen. While visitors admire and try out the latest two-, three- or four-wheeled creations from across Europe, professionals discuss the latest in urban transport logistics in European cities which, especially outside the Netherlands, are struggling with environmental and quality of life challenges. The cargo bike designers offer solutions. The trend is electric and large. Most new models are electric two-wheelers, with ever thicker tires, tubes and batteries. Existing models (Bullitt, Urban Arrow, Nihola, Velove) are being extended, raised, and widened. Pretty soon the cargo bike is inseparable from the reinvention of urban logistics systems.

The best model in class for sure.

The best model in class for sure.

We are absolutely in love with our F Family Bike! During the quarantine, our family was looking for a way to get more active with our kids (5 y.o. And 7 y.o.), while they all are at home. Frankly, I was looking f I or many other options mostly for the same price, however,  they was offering the best model in class.

We fell in love quickly. We were not sure about the color and accessories we want our bike to have, but a friendly manager, taking into an account precisely our case, advised us to purchase exactly what we needed. Information given on their website and provided from the managers is extremely clear. We had never dealt with purchasing a cargo bike, however, anytime I was confused, customer service was always there for me. As a result, we have our amazing  Bike that we use everyday since then. Only because of that purchase we started to spend more family time all together with my wife and kids, walking and riding our bike around our neighborhood and not only. Thank you for that opportunity!

We purchased this family bike for my wife and our 2 kids, the whole family has been loving it. Our kids look forward to going out on adventures, it is great for cruising and great for trips to the store. The bike has plenty of room to fit 4 larger kids.
Steve D, Phoenix AZ

So fun and useful!

I got my bike because I don’t drive and I needed a way to get my infant daughter and toddler niece around on trips that are too long for the stroller.

But…while I may have gotten it for utilitarian purposes, the girls like it so much they want to ride around just for fun! We use it to go to daycare, the playground, to haul stuff back and forth between the two houses, and just for joyrides to see the neighborhood! The e-assist is more than enough and kids love to wave to us. One of my favorite parts is that the girls can see the world going by so much better than they can in a car!

I’ve been riding an e-trike for a few years but was looking for something safe to use to take our dogs on rides and decided on the Coupe after much research. Because they have such great customer communication, all of my questions were answered via email and phone, so I felt confident buying without having done a test drive. We made a few mods for comfort, such as replacing the hand grips with thick, gel core tape, adding a shock-absorbing seat post and a comfort saddle, and replacing the bell with a louder one from Crane. My husband is used to challenging rides and was riding like a pro from day one. I took a couple of test runs, but after two or three trips around the block, I was able to take my favorite ride–with the pups! Mostly everything on this bike is excellent quality, and I love that it came fully assembled, so we just had to roll it out of the crate. I also love that someone like me, who has zero athletic ability and has never ridden a two-wheeler, can easily get comfortable on the Coupe. The ride is smooth and feels very safe and stable. What might I change? The handlebar wrap, but that’s easy to modify on one’s own. Also, it would be nice if the  app could store rider profiles so that the bike would pair when a registered rider gets on. And, I’d like to see the time on the display, but these are minor details and in no way detract from the fact that the Coupe is safe, stable and fun to ride, virtually out of the crate and with very few mods. I’m definitely hooked!

We received our B Bike in July of 2021. I had it wrapped with my real estate information. The bike turned out absolutely beautiful, everything I had imagined + more. The team was AMAZING to work with. He took many phone calls to make sure I had all my questions answered. I was very impressed and thankful as this was such a big investment. Since we have received the bike, we have had countless bike rides. There is never an empty seat as the neighborhood kiddos always hop in for rides to the park or around the neighborhood. Our nanny constantly takes the kids out to explore new parks 5 or so miles away. I love the storage benches!! I highly recommend adding on the phone holder as it’s always a must having both hands on the handle bars. I plan to order the seat cushions too- the ride is bumpy. My favorite part is being able to have clear conversations the entire ride. With our pull behind bike buggy we were always struggling to hear what the kids were saying. We laugh, sing and play eye spy while we ride. More often than not, when we end our days our kids say that their favorite part of the day was the “electric bike ride”! I highly recommend!!